ON HOLD - MUD client for Android
NB! Currently I am not developing this app as I don't have Android phone. As a plan is to migrate project to react native and develop cross-platform.

For any issues leave a comment on this page or create new issue here: https://bitbucket.org/jtumano/bmudclient/issues 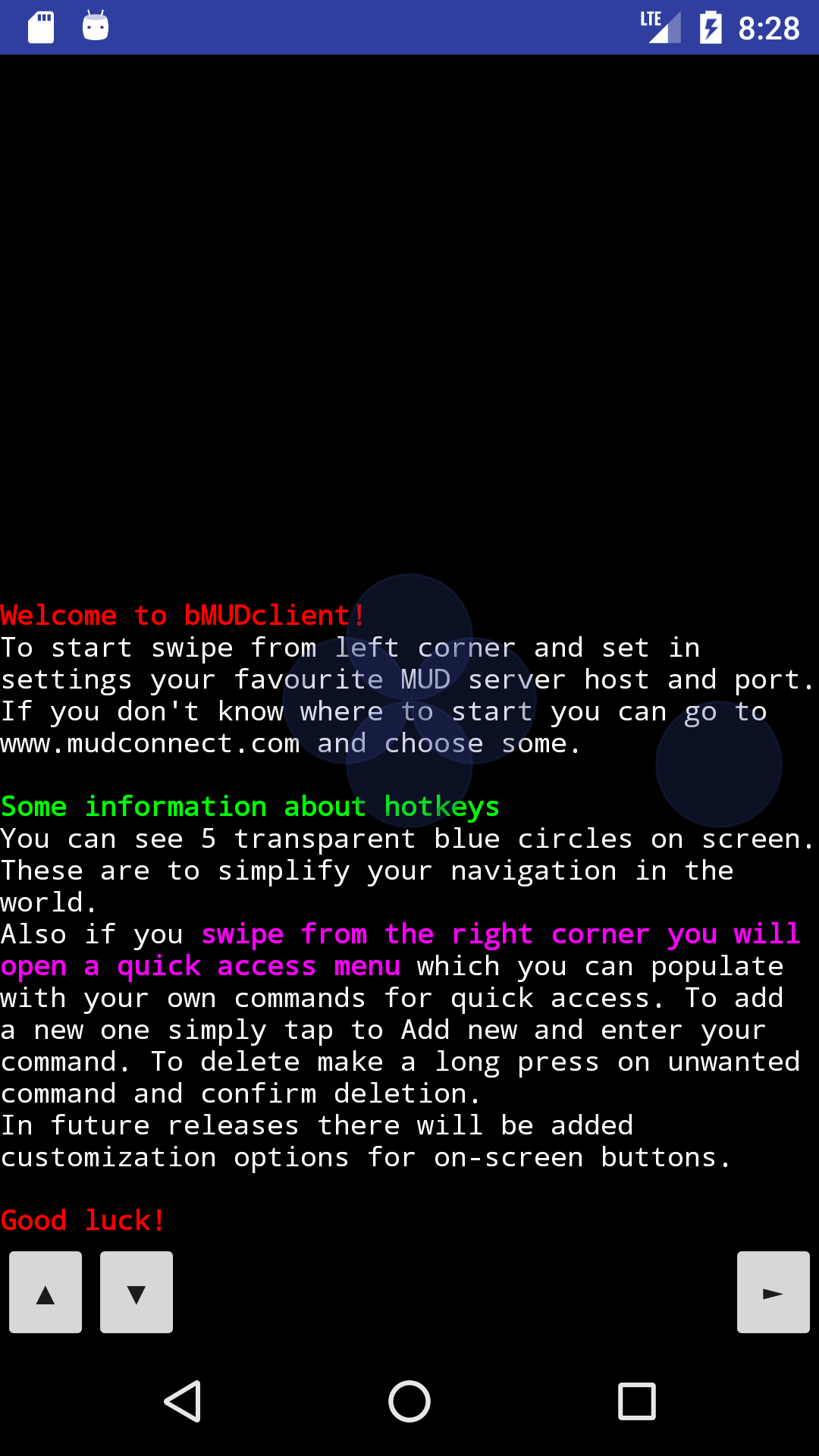 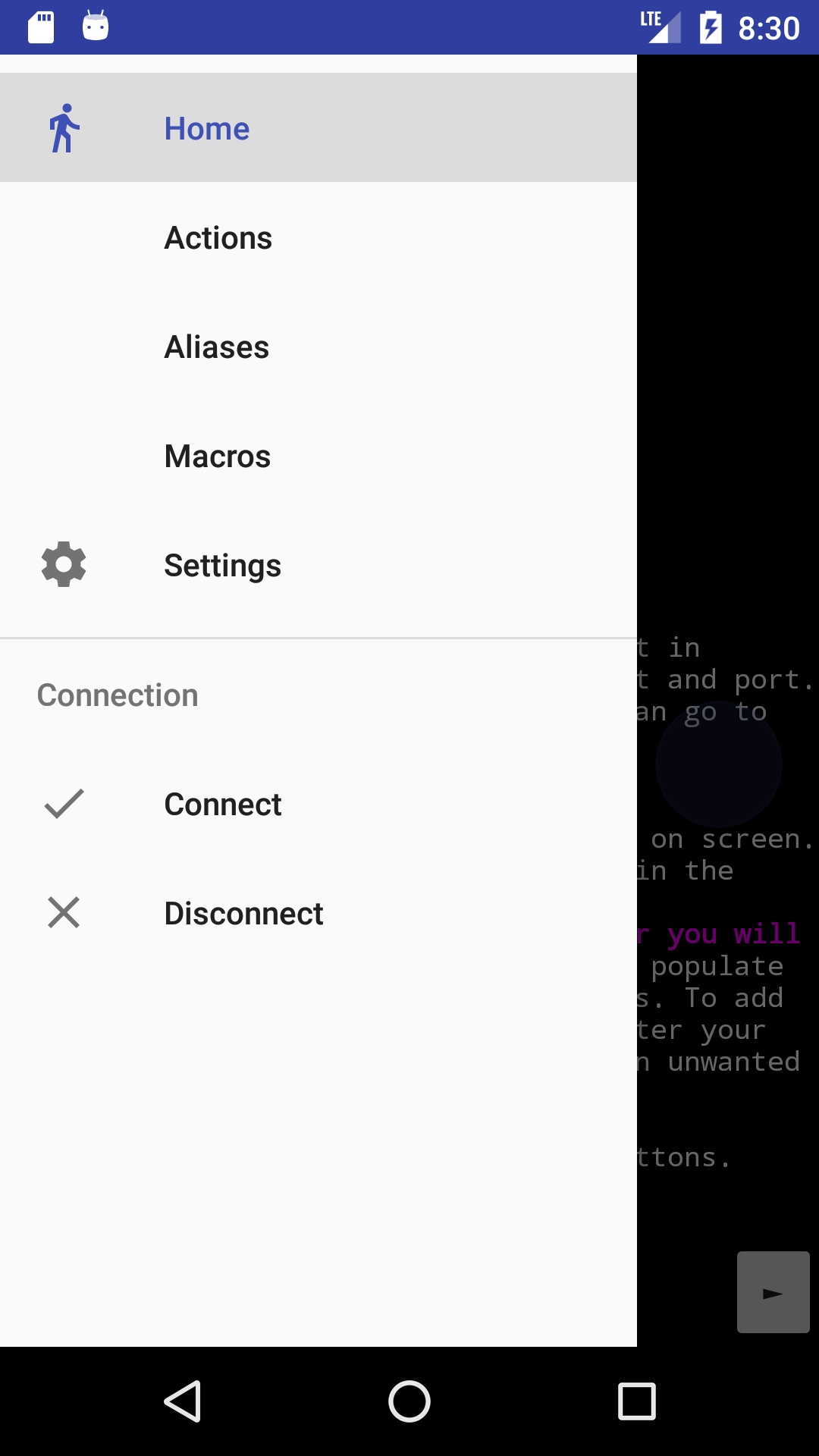 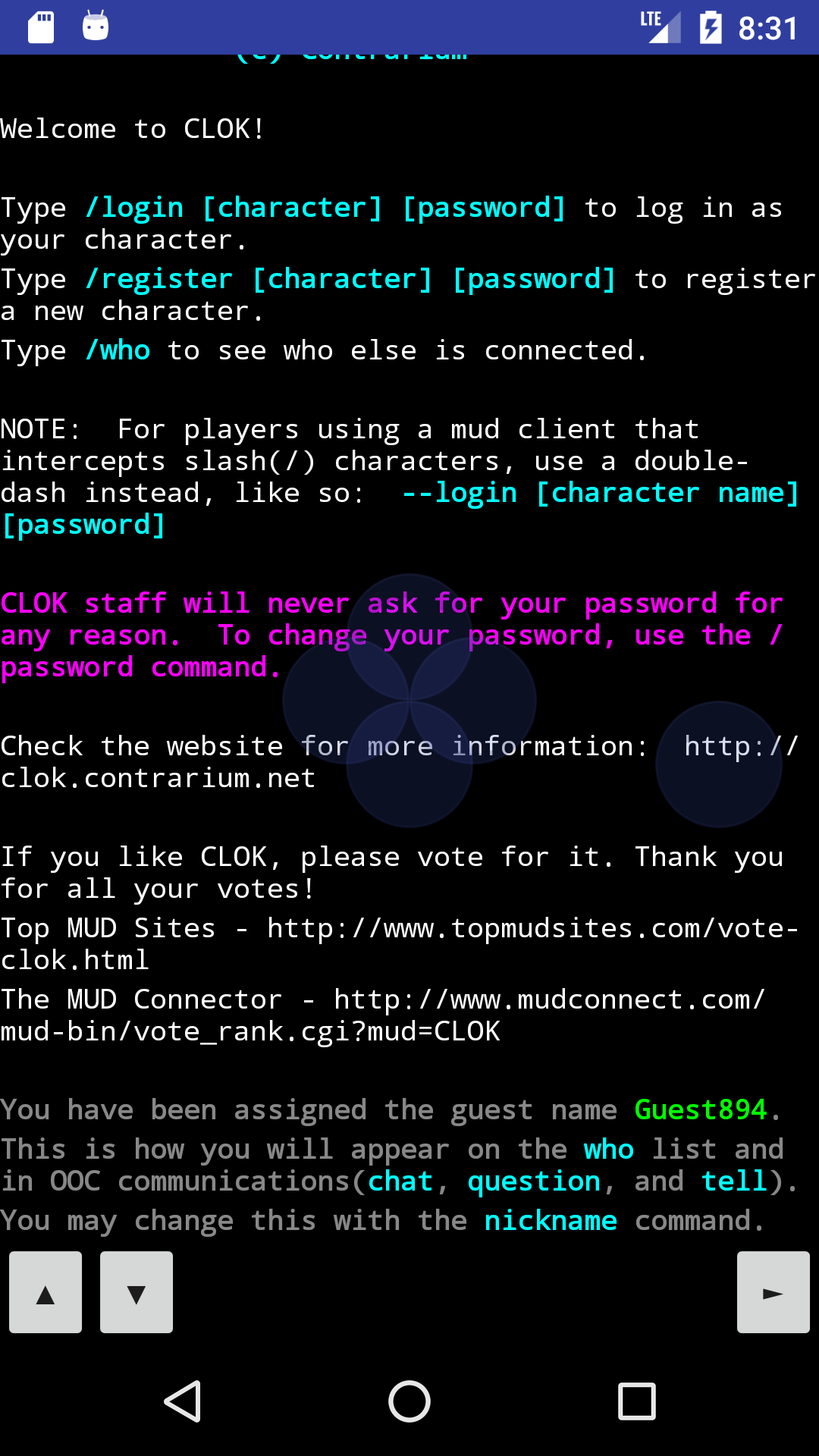 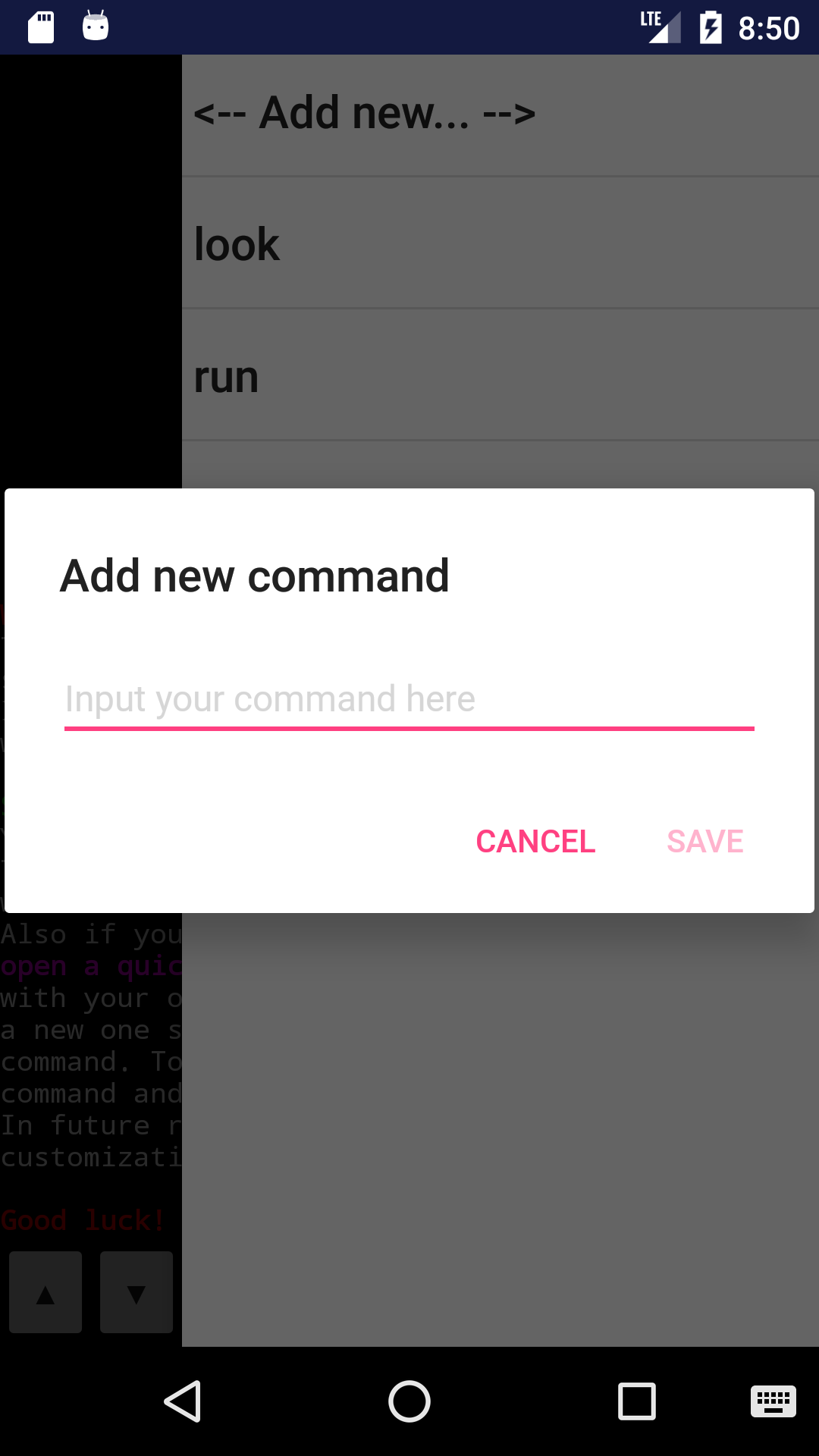 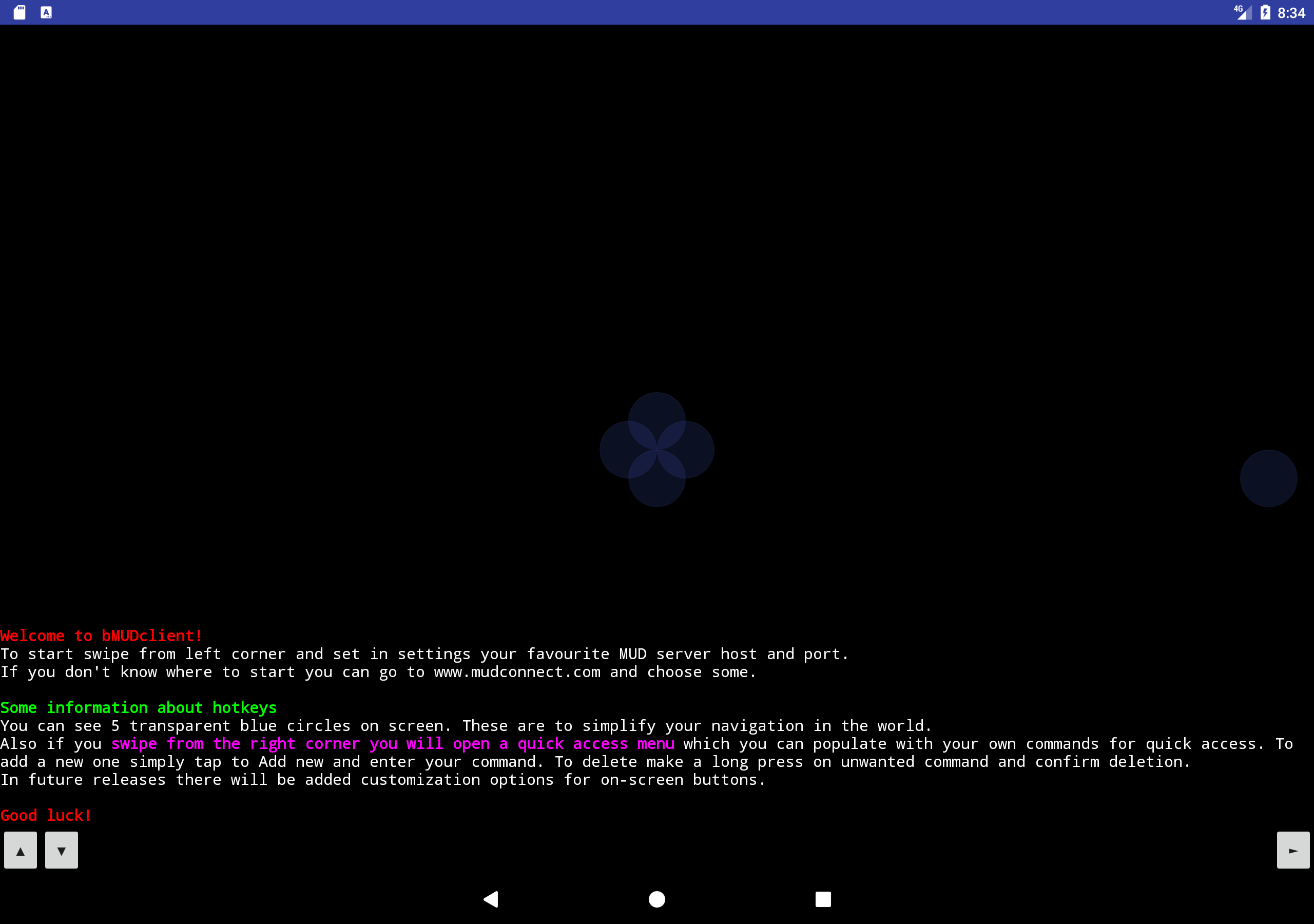 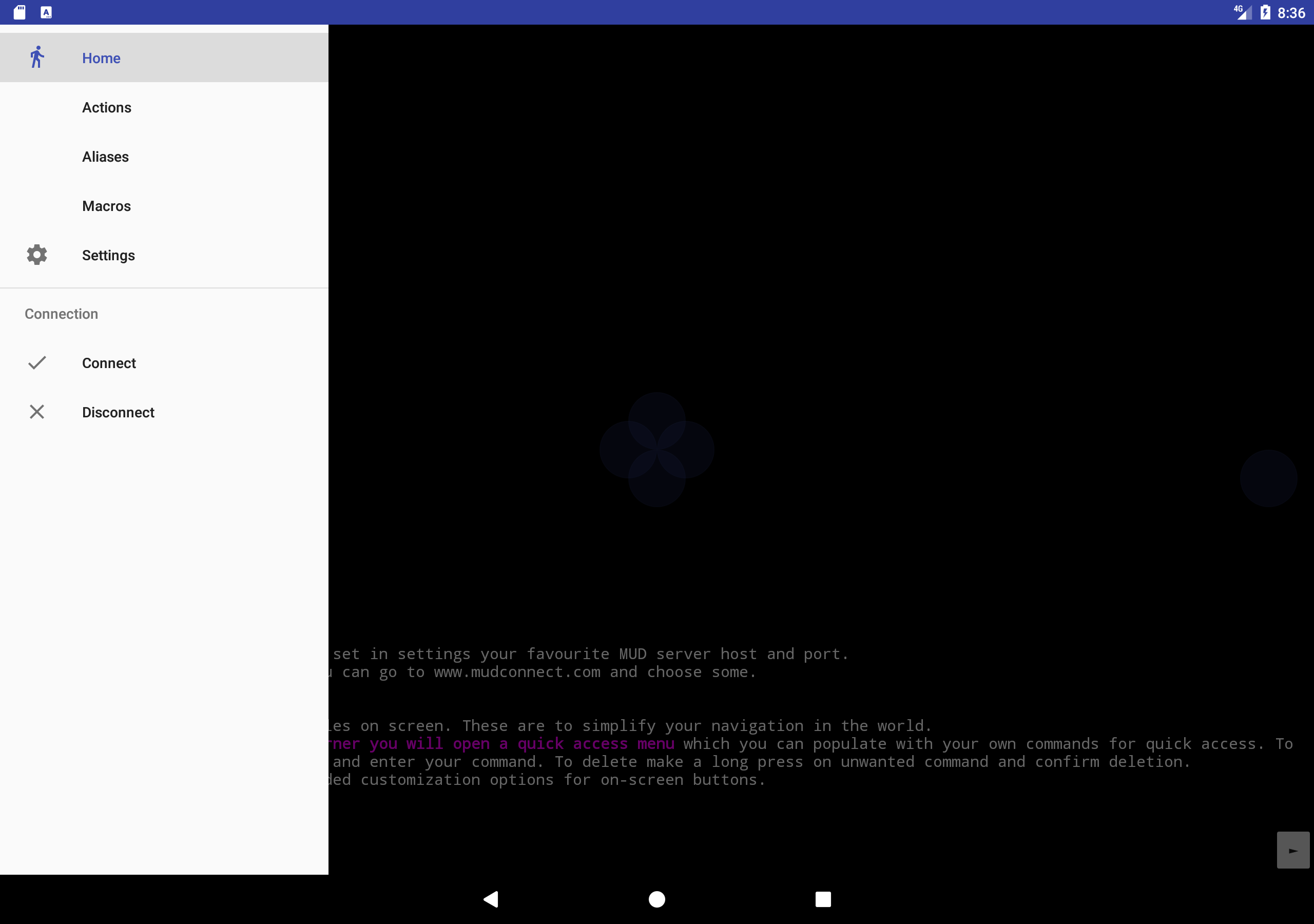 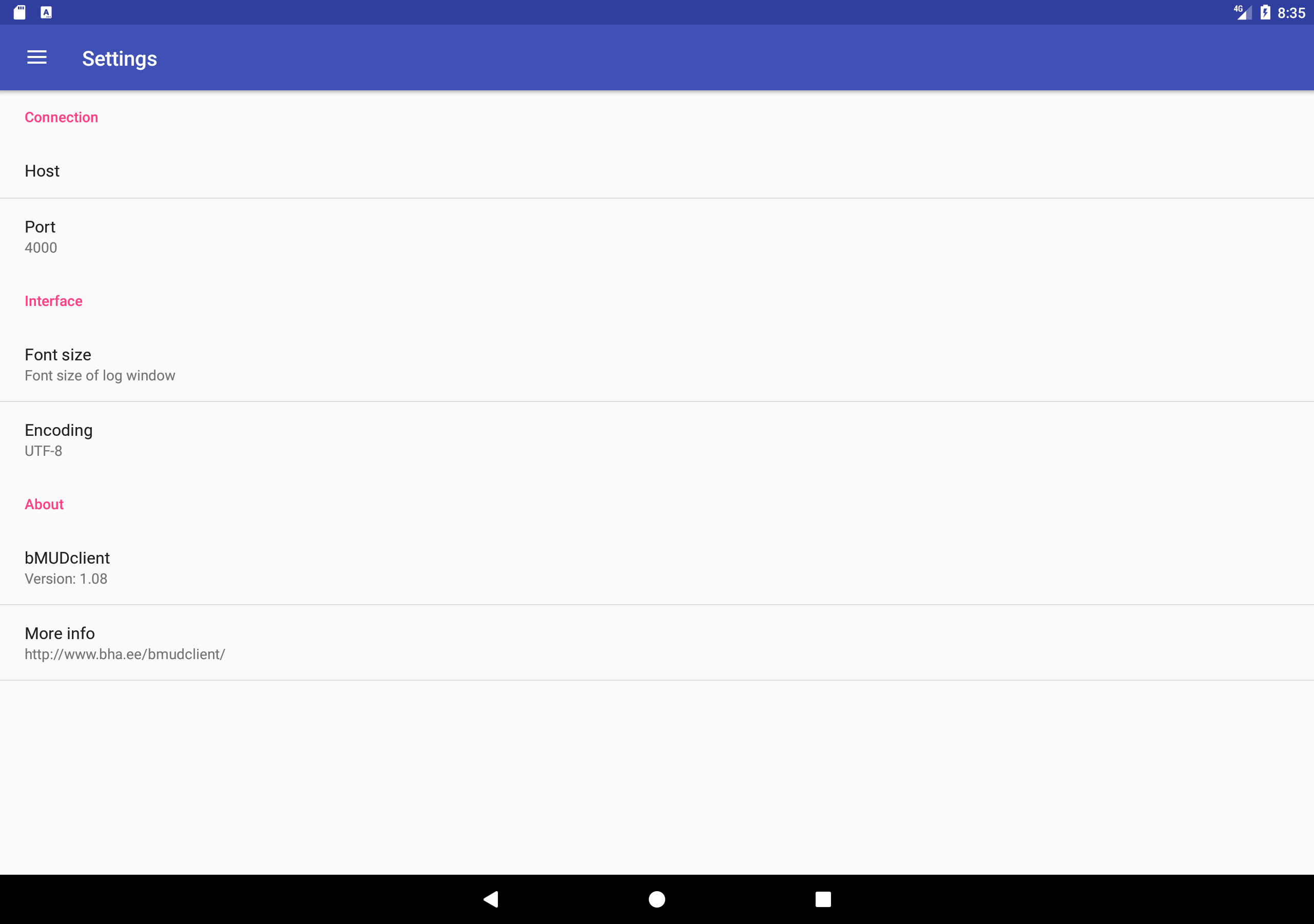 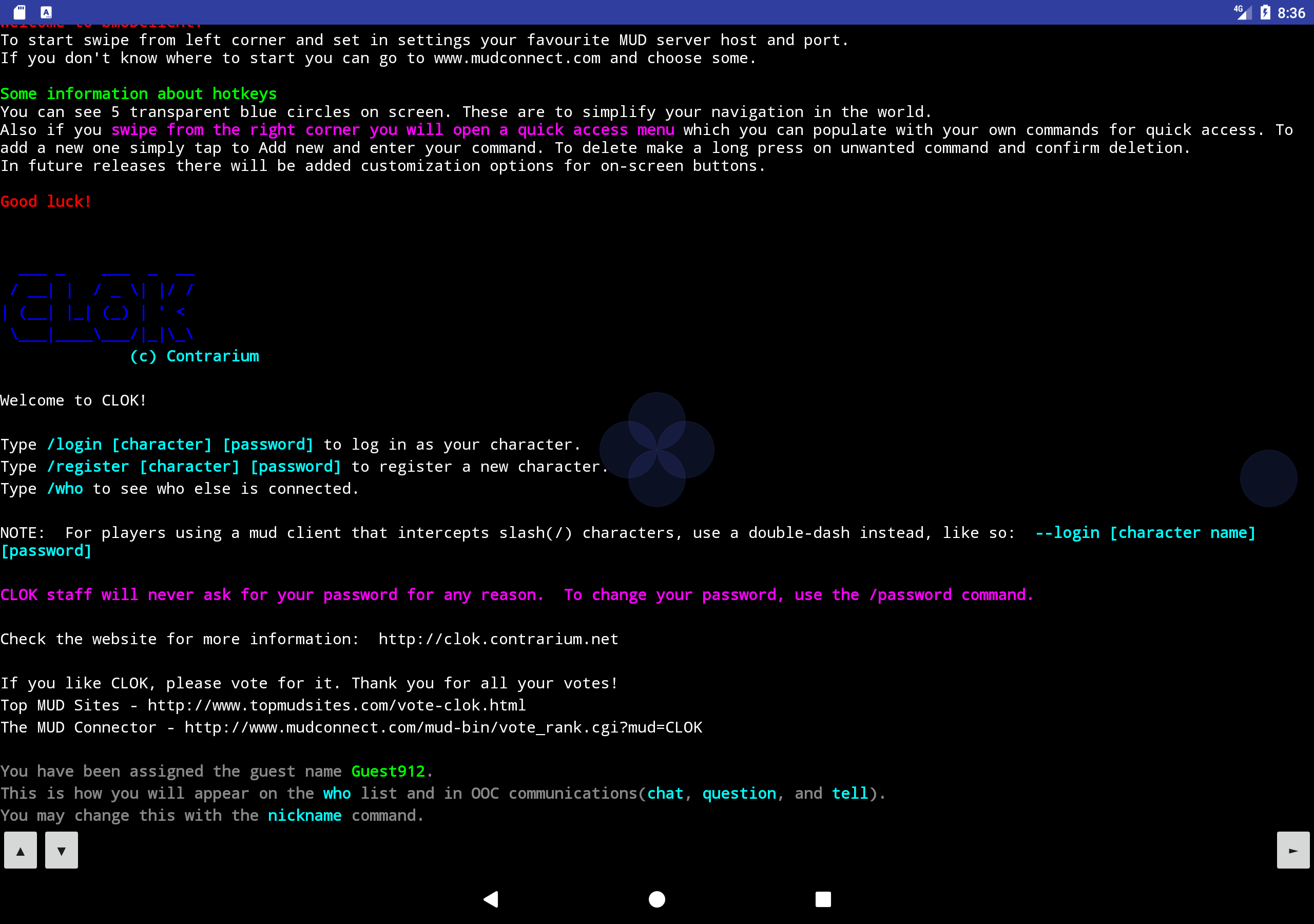 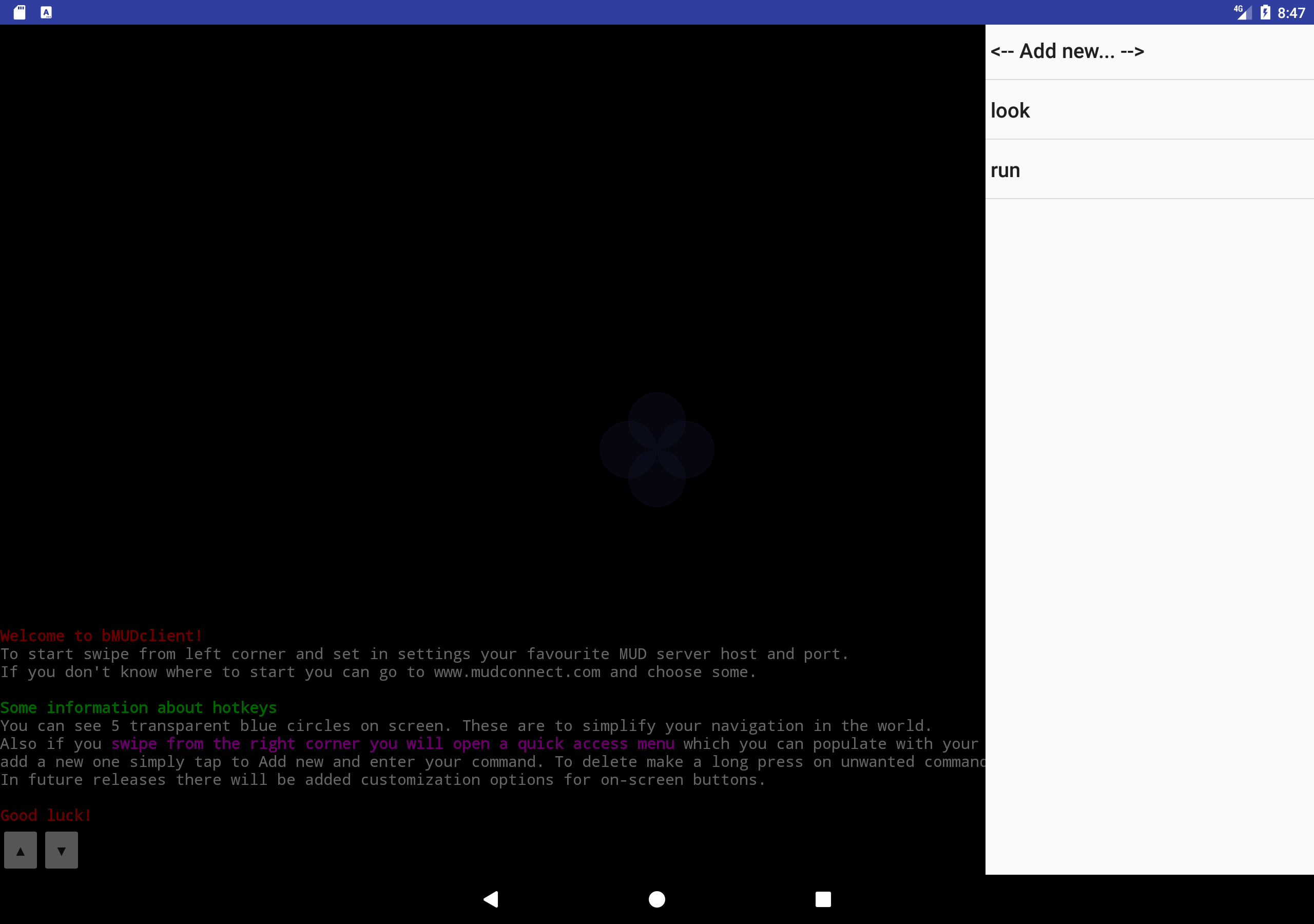 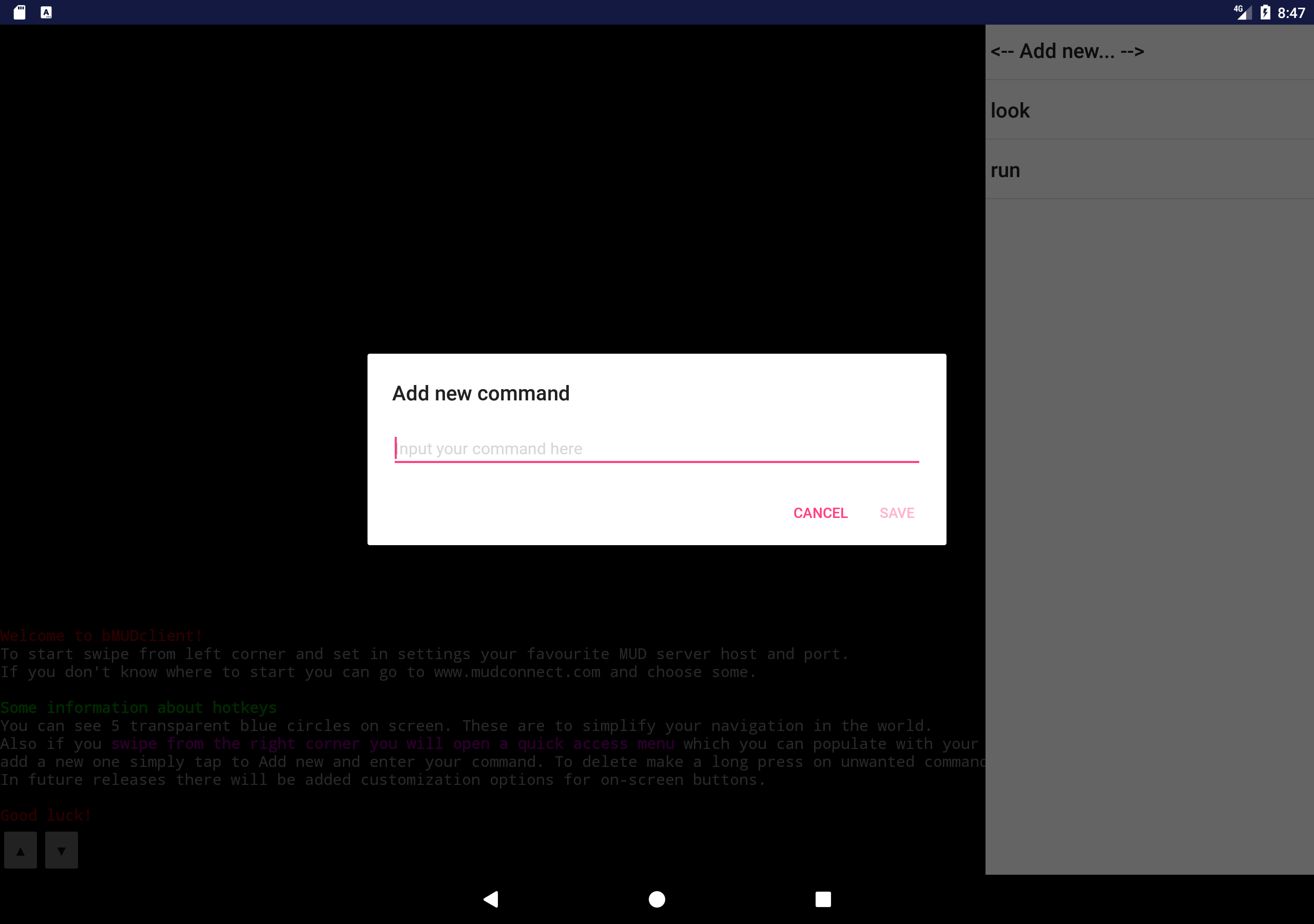 http://sowmud.ru - Russian MUD, for connection use:

http://www.bylins.su - Russian MUD, for connection use:

Version 1.10: NB! If you encounter some problems after update please go to Buttons screen and do reset to default values or uninstall the app and install it back!